Glowing waves lit up the California’s coastline thanks to the Bioluminescent Super Bloom. What began as the red tide, transformed into an electric blue light show after sunset. 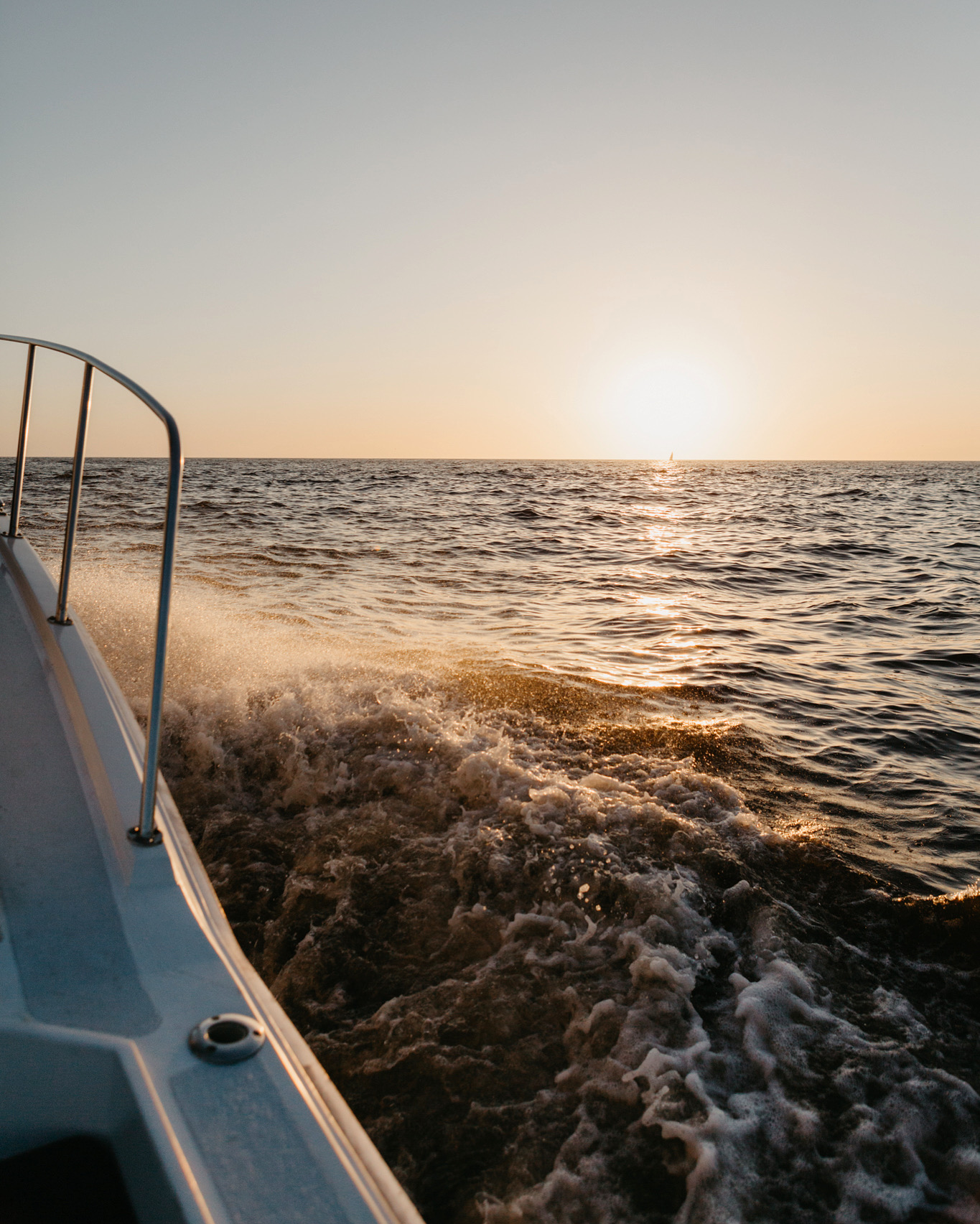 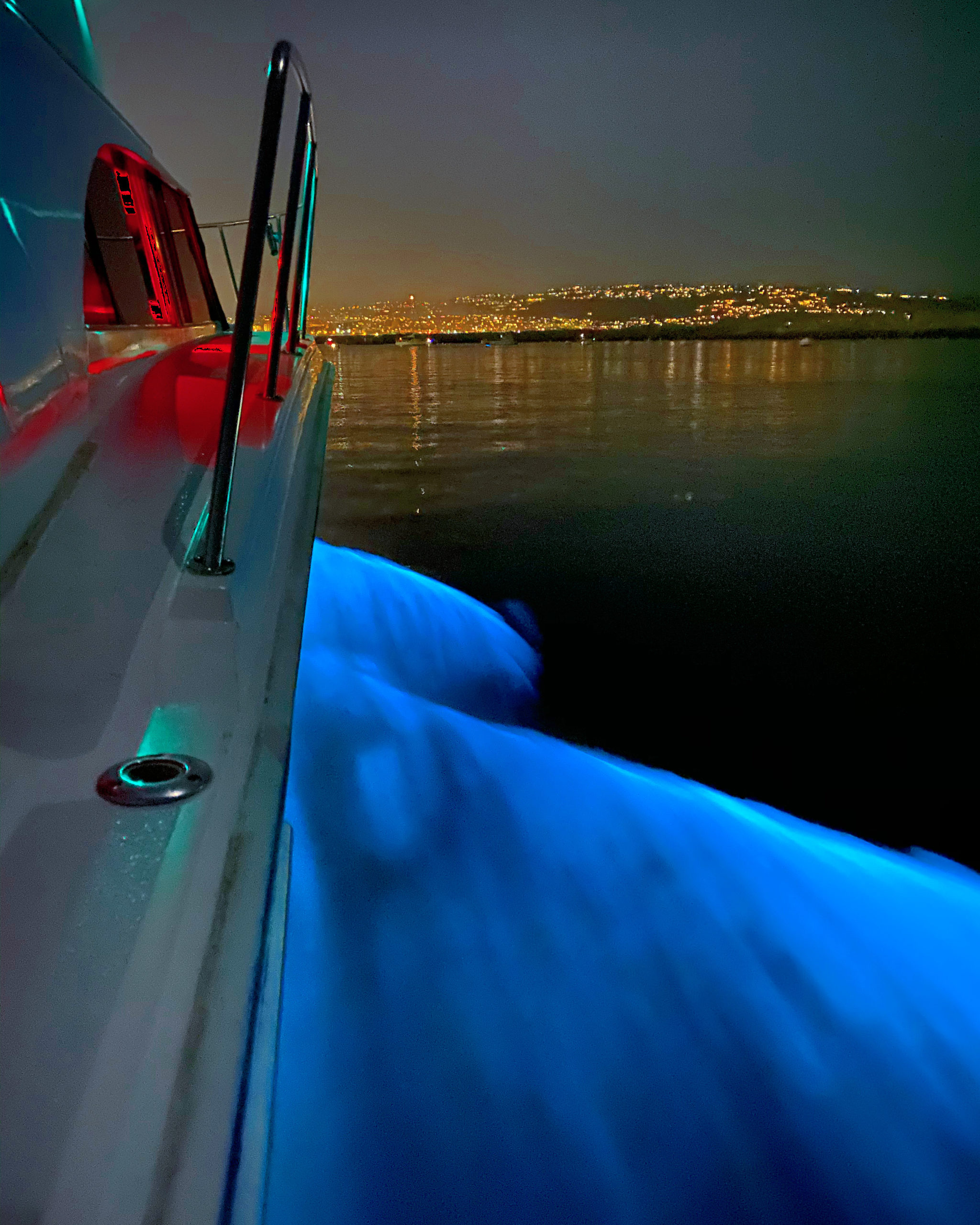 For over a month, Californians and people all over the world watched in disbelief at the natural phenomenon of bioluminescence. Each night, the ocean would transform into an electric blue light show where wildlife, waves, and boat wakes looked like something out of this world.

This particular phytoplankton that caused California’s “super bloom” has a reddish/brown color and when conditions promote rapid growth, the result is called the ‘red tide’. By day, the tide is a reddish brown, due billions of tiny microscopic organisms rising to the surface to capture sunlight. But once the sun goes down and darkness takes over the sky, they begin to glow electric blue when disrupted. This made for quite the show for surfers, boaters, and anyone who was able to watch the waves crashing along the beach. Super blooms are not always this vibrant and “this is the largest bloom in a decade with the highest number of phytoplankton ever recorded, according to the Southern California Coastal Ocean Observing Service (SCCOOS). Usually, these events only last one to two weeks but the current bloom in California has been going on for over a month.” – Euro News

The aftermath of this red tide was not as enjoyable at the night time light shows. Due to the lack of oxygen in the ocean caused by the oversaturated amount of microorganisms, hundreds of fish died. This has been a difficult thing to witness in our harbor and created a very unpleasant smell. Thankfully the ocean is starting to clear up and the harbor is beginning to fill up with clean and oxygen rich water.

One thing is for sure, this reminded us how incredible Mother Nature can be and to always appreciate its beauty every chance we get.

As you all know, during this time, majority of California’s beaches were closed due to COVID-19 restrictions. This led to people watching from afar and tuning into online outlets. We were flooded with charter requests and decided to host a “Virtual Charter” where Captain Kirk and Captain Konnor took our followers along a typical sunset cruise, with the addition of an incredible bioluminescent show.

Head over to our instagram to watch the Virtual Charter footage located in our “Instagram Highlights.”  The best part of our charter was watching a seal chase bait through the marina! It was fascinating to watch how fast the seal was moving while being lit up by the glowing water. 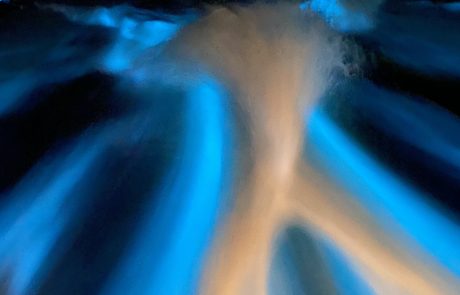 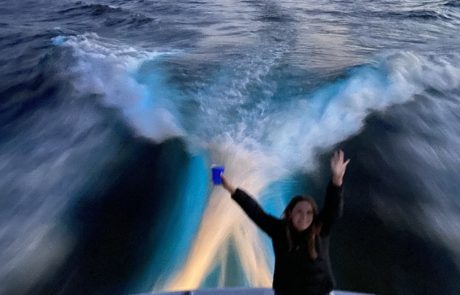 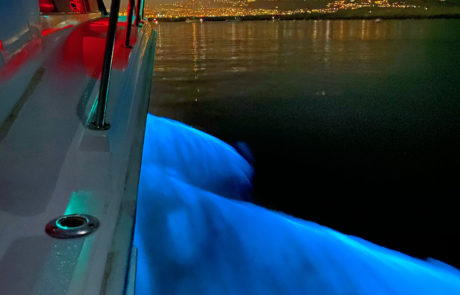 The light emitted by a bioluminescent organism is produced by energy released from chemical reactions occurring inside (or ejected by) the organism.

If you’ve ever seen a firefly, you have encountered a bioluminescent organism. In the ocean, bioluminescence is not as rare as you might think. In fact, most types of animals, from bacteria to sharks, include some bioluminescent members.

While the functions of bioluminescence are not known for all animals, typically bioluminescence is used to warn or evade predators), to lure or detect prey, and for communication between members of the same species.

Why does it happen?

The “perfect” conditions are the major factor in a Bioluminescence Super Bloom occurring. Warm water that is rich with nutrients create an environment where organisms grow rapidly and create the Red Tide.

Over the past few weeks, the northwesterly “spring” winds have kicked in along the Northern and Central Coast, which has produced a lot of fog-free afternoons and huge amounts of upwelling. This, in turn, has as brought frigid, clear and nutrient-rich water from the ocean’s depths to the surface along the immediate shoreline to replace the shallow water that is pushed out to sea.

This type of upwelling can provide the nutrients that allow kelp and other tapes of algae that are anchored to the sea floor or intertidal zone to grow rapidly. In fact, California giant kelp (Macrocystis) can grow up to 24 inches in just one day, ultimately reaching more than 150 feet in length.

– John Lindsey with the Tribune

Are Bioluminescence and Fluorescence the same?

How long do they last & when will it happen next?

We were devastated that we were not able to conduct charters during this incredibly rare and magical time on the ocean. We are hoping to be able to have you all onboard again soon, and want to sincerely thank you for your support during this difficult time. Until then, testimonials from previous experiences with us, gift card purchases, and simply sharing our content on social media helps immensely!

Stay safe, healthy and sane! We are all in this together.